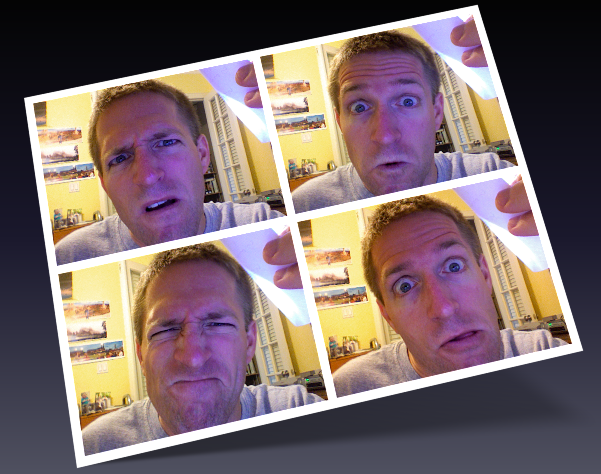 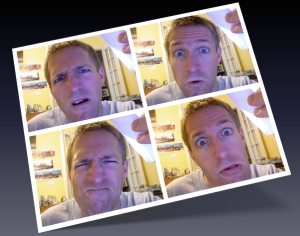 Over at the Pro Video Coalition, there are several great writers I read with enthusiasm. One of these is Art Adams whose technical geekery exceeds my own (in a good way). His recent articles on the Arri Alexa and how different ISOs affect the number of stops above middle gray has sparked what I would consider an intense debate between Art and myself in the comments of his articles because, well, I just don’t get it.

In his articles Arri Alexa’s Dynamic Range: It’s All in How You Use It and Alexa ISO Settings: The Least You Need to Know at PVC, Art asserts that as ISO decreases, the stops above middle gray decrease and the stops below middle gray increase.

He’s saying that if you need more highlight detail, you’ll want to shoot at ISO 800 or 1600 which gives visibly more image noise. This, of course, makes it harder to shoot those bright, high key outdoor scenes because you’ve increased the sensitivity of the camera so much you have to use considerable ND in front of the lens because you want less light.

He’s saying that if you want more shadow detail, for that moody film noir movie you’re shooting, then you’ll want to decrease the ISO down to 200. Which, of course, makes it a bit harder to shoot that dark moody noir, because you have to add more light.

To me, that’s antithetical to what you’d expect a company like ARRI to build into their groundbreaking digital cinema camera.

So I tried to wrap my mind around Art’s tests and two things come to mind:

1) to assess midtones, Art anchored the tests to where the camera clipped white, not the midtone he was judging.

I set that first chip just to the point of clipping at ISO 800… well, no matter what ISO I set the camera to, that chip was always just clipping—and without changing the stop!

2) to compare charts, Art anchored the charts to the midtone-  after the camera had captured, processed and interpreted the chip chart.

So I took his chart and anchored the different ISO tests to white, which is how it was shot.

Then I took this chart and measured the gray value of each chip in Photoshop and superimposed that value on the chart.

In doing all this, I came to understand that Arts’ assessment – that decreasing ISO decreases stops above middle gray. I understand it, but I think it would be more accurate to say that the ARRI Alexa simply resolves fewer overall stops at lower ISOs than at higher ISOs.

This is demonstrated by the difference between the values of each chip – the differences are larger at ISO 200 than they are at ISO 800. Those chips didn’t change, but the camera is taking a larger “step” down the “luminance stairs” with each chip. At ISO, 200, it reaches “1” with 15 steps. At ISO 800, the height of each “step” on the luminance stairs is smaller. It takes 18 steps to go from 2nd floor “white” down to 1st floor “black.”

Now, Art’s assessment that middle gray is lower at the lower ISO’s is based on measuring the LogC files that he pulls from the camera. This would assert a different “curve” to the chips in the LogC file format. But in his discussion with me, he noted that

[LogC] it’s not meant to be viewed on a Rec 709 display. LogC is for storage only, not for viewing.

Which would also indicate to me that putting the LogC footage on a scope to “view” how the different chip charts compare would not be what LogC is for. If LogC is a format designed to preserve as much luminance information as possible for future grading, then, in post, you can put “middle gray” wherever you want. The real value of Art’s tests is to indicate total latitude of the camera at each ISO. Art demonstrates that the Alexa clearly responds differently at different ISOs. He also mentions, and shows, the increased noise profile of the higher ISOs, but that’s not the focus of his article.

In practical terms, the luminance of items within a scene you are shooting doesn’t change, they are fixed- sort of like the chip that Art marked with tape.

He measured that at 18% gray at ISO 800 in the Alexa. Let’s say that’s the luminance of a black man’s face in the scene you want to shoot. Based on Art’s tests, that gray (the black man’s face) will be “darker” at a lower ISO in the Alexa, but you’re never going to use the LogC footage as final output, as it wasn’t meant for viewing. So it’s “darker” in a space that will never be viewed.

The black man’s face physically exists at a certain luminance. Like the chip with the tape across it. The actual % value of the chip in LogC is irrelevant. Let’s just say the two are equal, whatever they are. They are both that dark. As you can see by Art’s test chart, aligned so that that taped chip (the man’s face) lines up across all ISOs, there are fewer steps to black from any given luminance level, at ISO 200 than at any of the higher ISOs. This is because there are simply fewer steps at ISO 200.

Remember, you will grade the LogC footage before output. You have more “steps” of luminance resolution below that striped mark at higher ISO’s than lower ISOs. Yes, this is the opposite of what Art is saying and where we differ. I did use Art’s measurements and charts to come to my own conclusion. I did not perform my own tests with the DSC Labs DX-1 17-stop dynamic range chart with Adam Wilt by my side. So my conclusions may be inherently flawed.

But if you look at the charts he produced as I did, I come to the complete opposite conclusion than Art did, which is why I had such a tough time understanding his work at first. It was only through the process of ripping apart his chart, adjusting it and measuring the values myself, did I realize what I was looking at.

As I said, I may be completely wrong, and I welcome someone to enlighten me in the comments. But as far as I can see it, The Alexa behaves as I would expect- more stops (steps between the floors) at higher ISOs, but with noise from “gain” as you go higher. Lower ISOs have less noise, but fewer overall stops. Where those stops fall, in LogC footage, is irrelevant because LogC is an intermediary production step meant to be graded, pushed, pulled and then exported as something else. Fewer steps of luminance resolution is fewer steps. You can put those steps wherever you like.